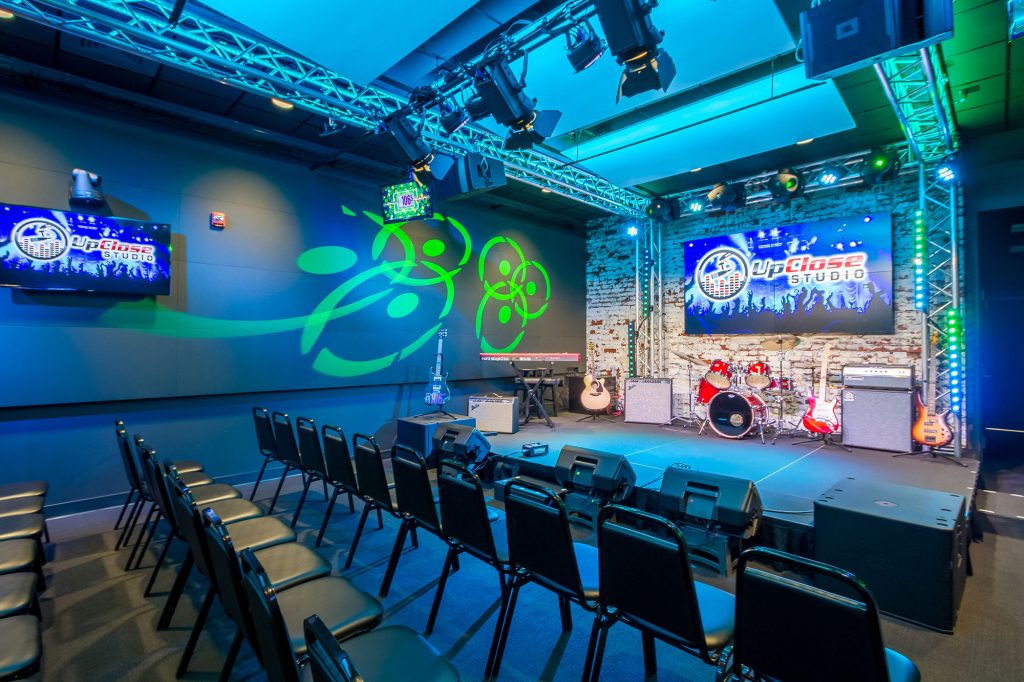 rand* renovated this performance space for CBS Radio Baltimore, demolishing the interior and building a stage. The state-of-the-art space houses and integrates an extensive audio/visual package that ties into the neighboring broadcast space. The entire space was demolished back to shell condition including the removal of the existing mechanical, electrical and plumbing items, as well as the drywall, existing finished ceramic tile flooring, wall and base.

The project contains a considerable number of custom elements including the new platform stage and owner-provided lighting truss for the new stage lighting. The space required design-build MEP to include relocation of the existing supply and diffusers, sprinkler system, and new power for special effects lighting. The ceiling concealment required the installation of all new MEP systems plus the reinforcement of the roof structure to support an aluminum lighting truss. The extensive audio/visual package required two weeks of sound wiring and production set-up to facilitate the opening show. This two-week integration was especially challenging to accommodate considering the aggressive seven-week project schedule. Success of the project was in large part due to the concerted project approach by the designer and rand to include all vendors and subcontractors early to ensure all scope requirements were clearly understood and met through delivery.