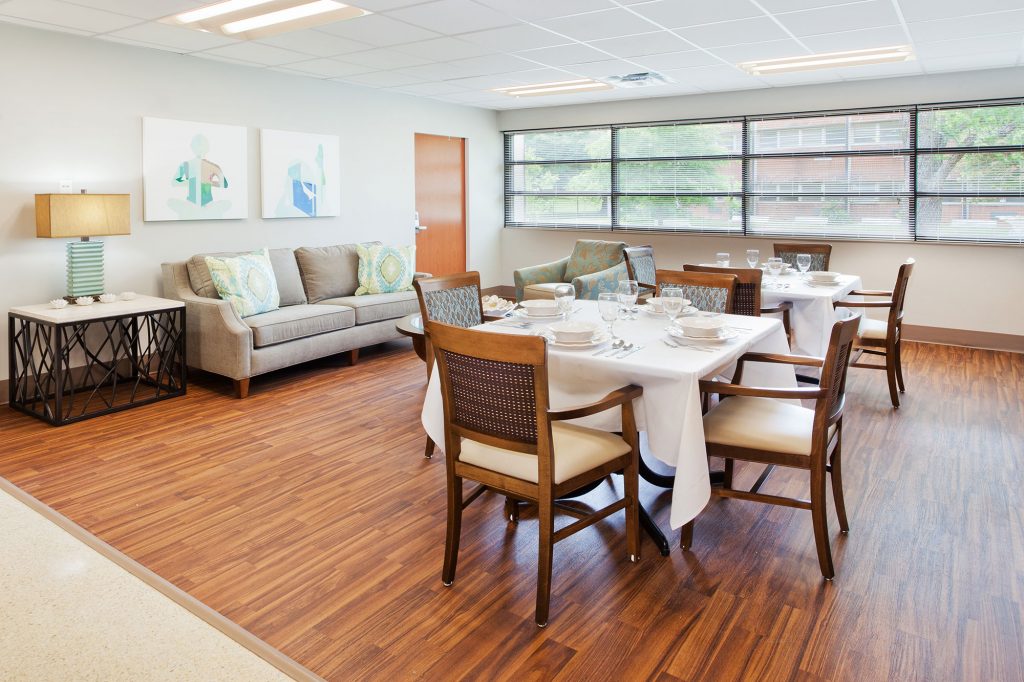 The interior renovation of the Crestview Health and Rehabilitation Center in Atlanta, GA, transformed a weathered sixty-year-old building into a rejuvenating space. The 13,107 square-foot project consisted of architectural and MEP remodeling on the first floor D Wing, comprised of 37 patient bed locations in 14 patient rooms along with associated support spaces. Extensive site surveys had to be conducted to investigate the structural integrity of the building, leading to detailed reports and design changes to facilitate structural improvements. These surveys were done in concert with the architect, engineers, and client to maintain a clear vision of the workscope that had to be accomplished to salvage the building.

The success of the project is a direct result of the rand team establishing a firm understanding of the existing conditions and challenges of the sixty-year-old building, accomplished through diligent communication with Crestview and several on-site visits. Working with an aging, disintegrating structure was a challenge, but the rand team was able to work within the existing framework of the building.