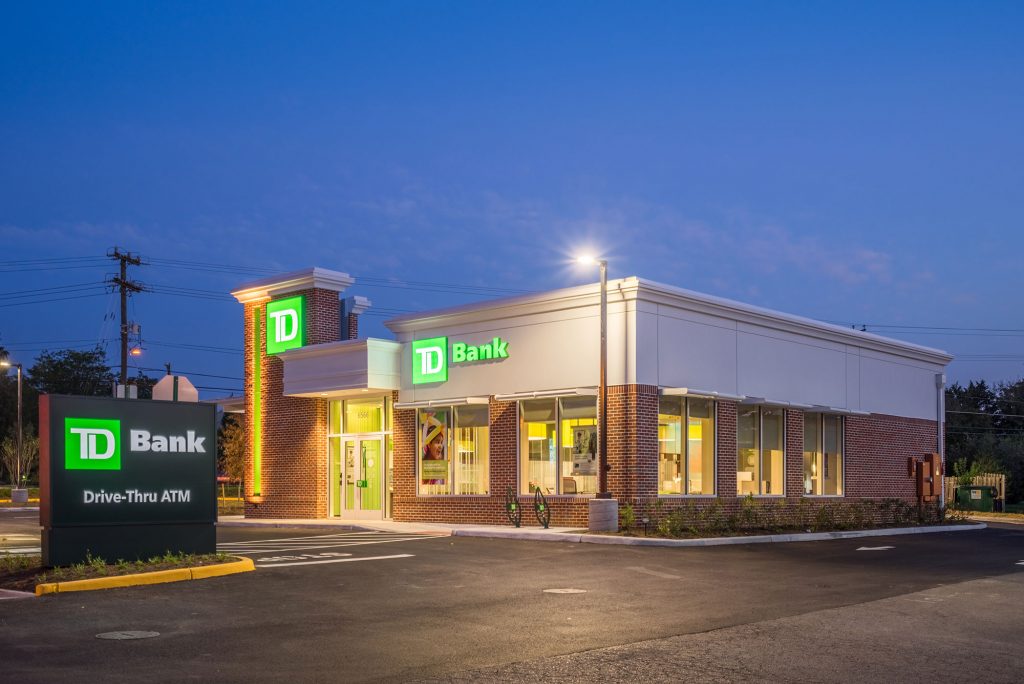 TD Bank contracted rand to build a new branch in Alexandria at an existing abandoned gas station. The project required demolition of the existing structure and underground infrastructure and level the site for the new base building. The branch bank is a one-story structure that is services by a two-lane drive through canopy. The canopy was a steel structure tying into the base building with photovoltaic panels cladding the roof covering. The building structure is structural gauge steel studs with TJI wood joists and paralam beams sheathed with plywood composing the roof structure.

The project had an extensive owner vendor package that included: audio/visual, structured cabling, signage, money vault, teller lines, ATMs, solar canopy, and equipment. Due to the complexity of the project and aggressive schedule, the owner’s vendors were onboarded to the project team prior to construction to integrate their milestones into the project schedule to control the project schedule and quality assurance. It was critical to clearly define scopes of work to the subcontractors to ensure the vendors could integrate their workscopes into the project with no obstacles. The project contains meeting rooms, open office, reception, custom glass, custom lighting and controls, occupancy sensors, tight thermal envelope, brick and EIFS veneer, solar shades, and asphalt paving.