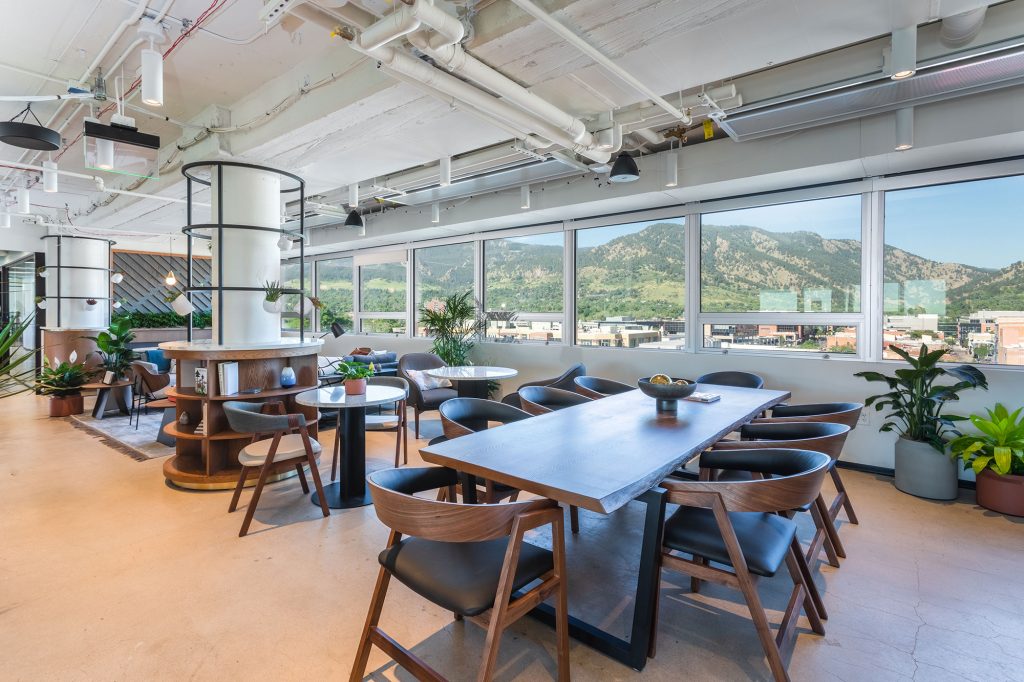 rand* was contracted to build out three floors in Boulder’s tallest building for a growing co-working company, Industrious. This is Industrious’ second location in the Colorado market. The project was an 18,000 square-foot build out of a white box space and consists of 74 offices, large conference rooms, a phone room and breakout spaces primarily constructed of an extensive glass storefront system. The building, constructed in 1955, presented several obstacles throughout the process, including the post-tensioned slab, chilled beam mechanical system, and the use of an exterior skiff elevator system for material staging.

rand* worked closely with national architect, Interior Architects’ local tenant representative Catalyst Planning Group, as well as the New York based client. Through detailed communication with the owner millwork vendor, the project team was able to successfully deliver the elaborate millwork package which was just one of the many highlights of this high-end co-working space.